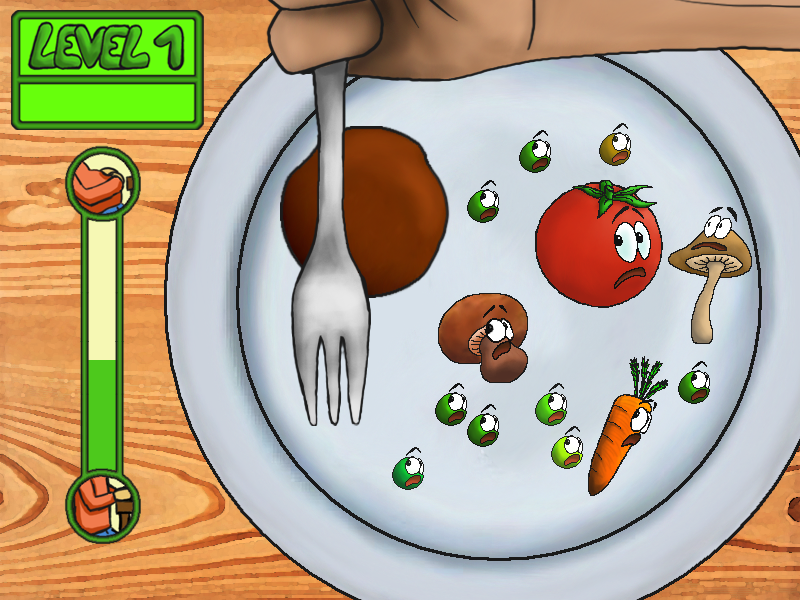 For the course 'Project Management', we created the prototype of a casual game called "Fast Food Survivor".
In this game, the player controls a pea which has to run for its life, trying to escape the fork. But the player isn't the only one who's fighting to survive...
In that course, I was in charge of the duties as a project manager and team leader, as well as creating the artworks.
In the later course "Artificial Intelligence", I've developed a self-learning AI for the pea, using a neural network combined with a genetic algorithm.
The result of the AI project is shown in the video.